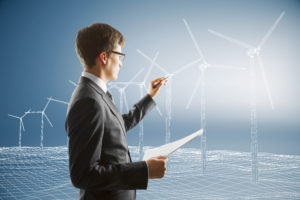 The key objective of performing Integrated Load Analysis (ILA) is to obtain increased design certainty, or design maturity, through the consideration of the interaction between the loads applied to the global model’s foundation structure, and the Wind Turbine Generator (WTG).

This article aims to briefly highlight the potential pitfalls that can occur when performing an ILA, and how these can be avoided. The various methods for undertaking an ILA are not discussed in this article, as these aspects of the process merit a separate review. Useful descriptions of ILA methods can be found in the papers by Van Der Valk and Voormeeren  or D Zwick et al.

After completing the ILA process, materials procurement and Transportation & Installation (T&I) logistics can be progressed with improved confidence, the project financing process is made a lot easier, and the likelihood of achieving a positive Final Investment Decision (FID) is greatly improved.

Common Pitfalls in the ILA process

A lack of an experienced loads specialists, or limiting the depth of the ILA study to compress the design programme, can cause errors or shortfalls during an ILA that can lead to a non-conforming foundation design to the site conditions, and to the WTG loads.

Common sources of errors are found in the following five key areas:

The remainder of this section will provide further commentary on each of these in turn.

An accurate representation of soil properties, and the interaction of the soil with the foundation pile members are of key importance for performing an ILA in a robust manner.

It can be common that during the early stage of a project the geotechnical analysis may not be completed, or borehole test data may not cover all WTG locations for a proposed wind farm layout. Unconservative or over-conservative assumptions made when deriving soil curves or stiffness for normal, extreme, and severe sea states may lead to erroneous interpretation of the foundation behaviour to WTGs and wave loads.

A fully robust assessment methodology must account for the concurrent occurrences of wind loads on the WTG at the hub height, and wave loads on the foundation structure at the same time. To establish a set of correlation equations that interlink wind speed at the hub-height (Vh), with significant wave height (Hs), and zero-crossing peak period (Tp) in a spectral domain can be a time consuming process, leading to the temptation to avoid this critical step in the assessment. However, the process can be shown to be very important, as highlighted in Hodgson et al.

Site specific derivation of the wind shear exponent at the hub height and wind/wave directionality to determine the annual occurrences are the most critical parameters to determine in this exercise. It has been found through experience that jacket structures are more sensitive than monopiles to the correlation equations that result in fatigue damage at critical hot spot locations, such as X, K and Y-joints, in the splash and submerged zones.

The absence of an expert review of the global model definition can cause significant issues during an ILA.

A global model typically comprises of the foundation structure from the pile members with soil representation (either through depth or equivalent depth with P-y, q-z and t-z curves, or with stiffness terms) up to the interface level where the tower base of the WTG is mated with the Transition Piece (TP).

Soil data, tidal water levels, current speeds and mass-inertia coefficients need to be carefully defined and include data for normal, severe and extreme sea states. Caution must be shown as any errors or mismatch in the above parameters can significantly under estimate the design in the ultimate and fatigue limit states.

A thorough quality assurance process is needed to verify how components such as, transition pieces for jackets, X, K and Y-joints are represented in the global model as ‘beam/line’ elements, representing the characteristics of plated/tubular behaviour in form of equivalent mass and stiffness.

For example, equivalent mass and stiffness of the TP for a jacket can be obtained iteratively by performing a Natural Frequency Analysis (NFA) for a support model with shell/solid TP finite element model and support model with beam TP global model in a FEA software. Similarly, stiffnesses of X, K and Y-joints are arrived at by accounting for the local joint flexibility, as per the guidelines given in the DNVGL-ST-0126 code. Designers can overlook these aspects, and unless identified at an early stage by an Independent Verification Body (IVB), these are likely to pose problems in global behaviour in later stages of the ILA process.

Other critical parameters to be taken into account while building the global model are aerodynamic, hydrodynamic and structural damping, added mass in the global model due to secondary steel attachments, assignment of the correct Morrison’s coefficients for drag, mass and inertia, and marine growth thickness and density.

A key requirement in an ILA is that stipulated design load scenarios of the WTG (such as turbine operating, normal and emergency shut down, idling/parking during high wind speeds and maintenance) are simulated for the WTG and environmental conditions. These DLCs are defined in DNVGL-ST-0437 and must be simulated for ultimate and fatigue limit states.

Experience has shown that designers can omit important load cases in an attempt to account only for only critical DLCs. The attempt to select ‘critical’ DLCs often falls short of attaining any credible design certainty. For example, in FLS consideration of only WTG operating DLC1.2 might appear the most critical as it is assessed for the period of almost 24 years but the other DLC7.1 and 7.2 where the WTG is idling intermittently during its design life can govern fatigue damages at hot spot locations. Failure to account for this can lead to a serious error in the FLS assessment.

Likewise, for certain DLCs under ULS, it’s not necessarily the severe or extreme sea states represented by Hs that are driving the limit state, but a specific individual wave as a special event (H50y / H1y) occurring at an instant within the transition period of 10mins. Few hydro-elastic programs have the capability to account for these effects, and any compromise on the designer’s part can hamper the design outcome as the worst case loads are not being considered.

The ILA programme is determined by this phase when design load case simulations are executed in a suitable and robust hydrodynamic and aero-elastic code by the foundation designer and WTG loads analyst respectively. As this is conducted in time domain, it is important to gain early agreement on the time steps to be defined.

In accordance with the IEC61400-3 and DNVGL-ST-0126 codes, WTG components time domain analysis should have a minimum timestep of 0.02s for a 600 seconds simulation. However, for the foundation structure analysis, such a fine timestep is not always required, and for the same period a step of 0.04s may be more appropriate. Additionally, codes and WTG suppliers require an initialisation period for most of the DLCs usually of up to 200 seconds. This translates to a total period of 800 seconds, and for one simulation this can result in 40,000 and 20,000 steps by the WTG and Foundation analysts respectively. Factoring in that a DLC can have range of wind speeds from cut-in to cut-out, and there are wind turbulence seed and wave randomness to account for, this can result in significant computational effort.

Wind turbulence speed can range anywhere from 6 to 36 based on WTG requirements but wave randomness usually taken about 3 only. For example, one of the lessons learnt in an earlier project after assessing the results is that 3 wave randomness should be performed for each WTG position like with yaw error +8/0/-8 degree and not 1 wave randomness to a position!

To attempt to avoid the mistakes and shortfalls in the ILA process described above, a structured set of precautions and mitigation methods are suggested as follows:

Any shortcomings in the ILA process can pose critical problems later in the project during independent certification, causing sever delays to the project’s schedule. It is essential that key stakeholders, such as the project owner, WTG supplier, foundation designer and independent verification body, define and agree robust mechanisms for performing an ILA at the outset to ensure the accuracy and reliability of the results.

Trial runs for a limited number of DLCs should be performed before proceeding to the full ILA analysis as this will highlight any issues early in the process and allow mitigation strategies to be formed.

Nobel Prize winning Physicist Niels Bohr once said, “An expert is someone who has made all the mistakes which can be made, in a narrow field”, and there is a lot of scope to make mistakes performing ILA. The ILA process has many pitfalls and sources of error and engaging experienced experts can make the difference between repeating costly mistakes others have made before, or a successful outcome which supports the engineering design and verification, and the overall project schedule.

If you wish to learn more about the ILA process and its potential pitfalls, why not contact us to request one of our tailored one or two days ILA training courses.